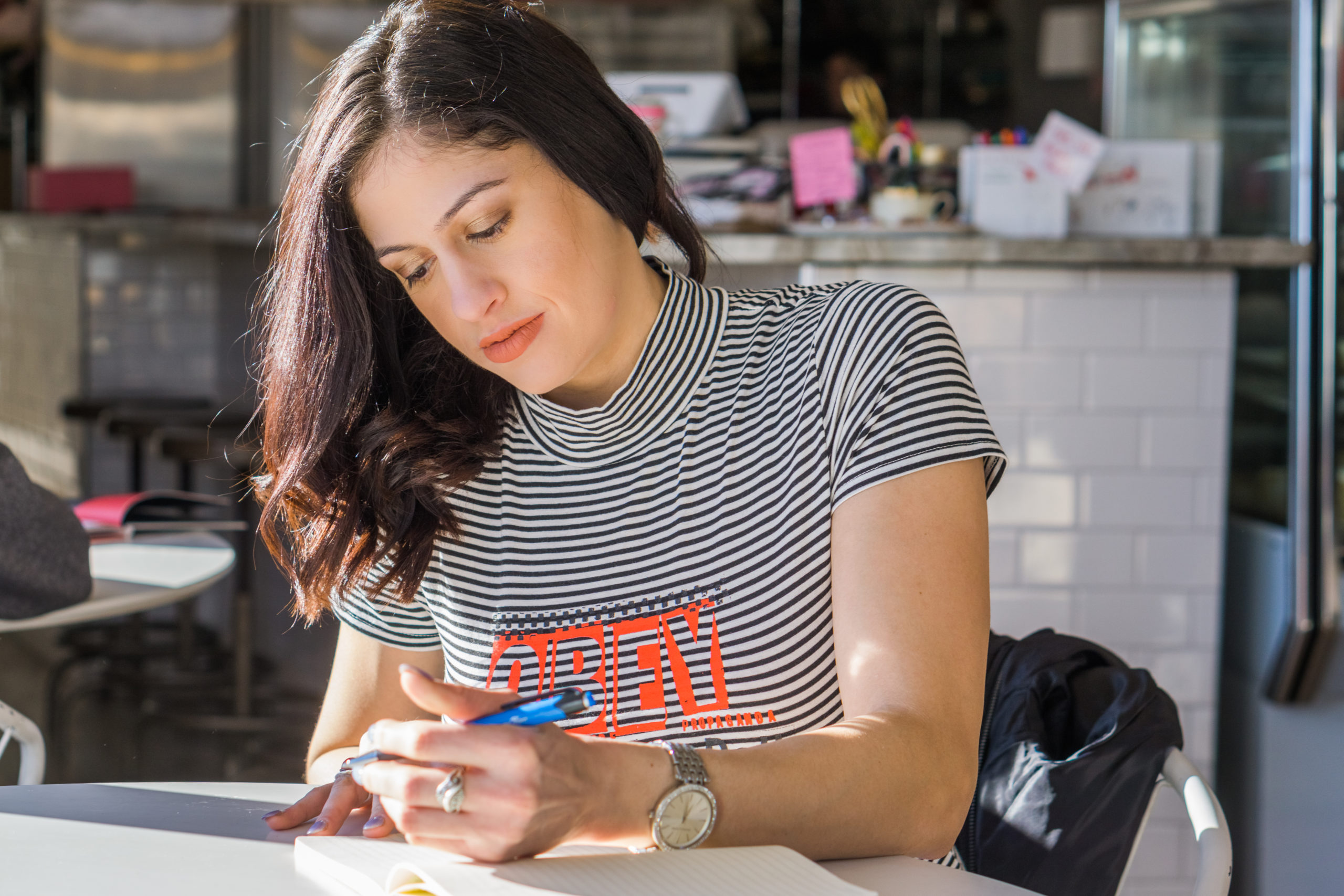 Whether you’re starting a new job or trying to set the stage for a promotion at your current job, for women ESPECIALLY, it’s up to us to bring 110 percent every day and to slay at what we do.

When I first started working at 10/11 News, I quickly learned that a newsroom is an extremely cutthroat place to work. My first six months, I didn’t 100 percent understand the environment I was in. I didn’t always bring my game face.

That changed very quickly after I had a few bad things happen to me. I got burned because I forgot to double check facts and details. I learned that perception is reality the hard way. On days I wore a nice dress to work and looked my best, the perception by viewers and co-workers was that I really had it together. On days where I didn’t put that effort in, I ended up not having my best work day.

Let’s fast forward to almost four years later. Now, I’m working at a digital marketing agency where the pace is just as insane. Every day we’re onboarding new clients and evaluating our current strategy for the clients we do have. The owner of the company and my boss Andrew Tuzson can do so much because he’s hired people who kick ass every day and HUSTLE.

So what does true hustle look like? I’m not sure that I even know. I read about people who sleep less than four hours a night, read a book a week and start the first two hours of their work day with yoga, green tea and meditation. 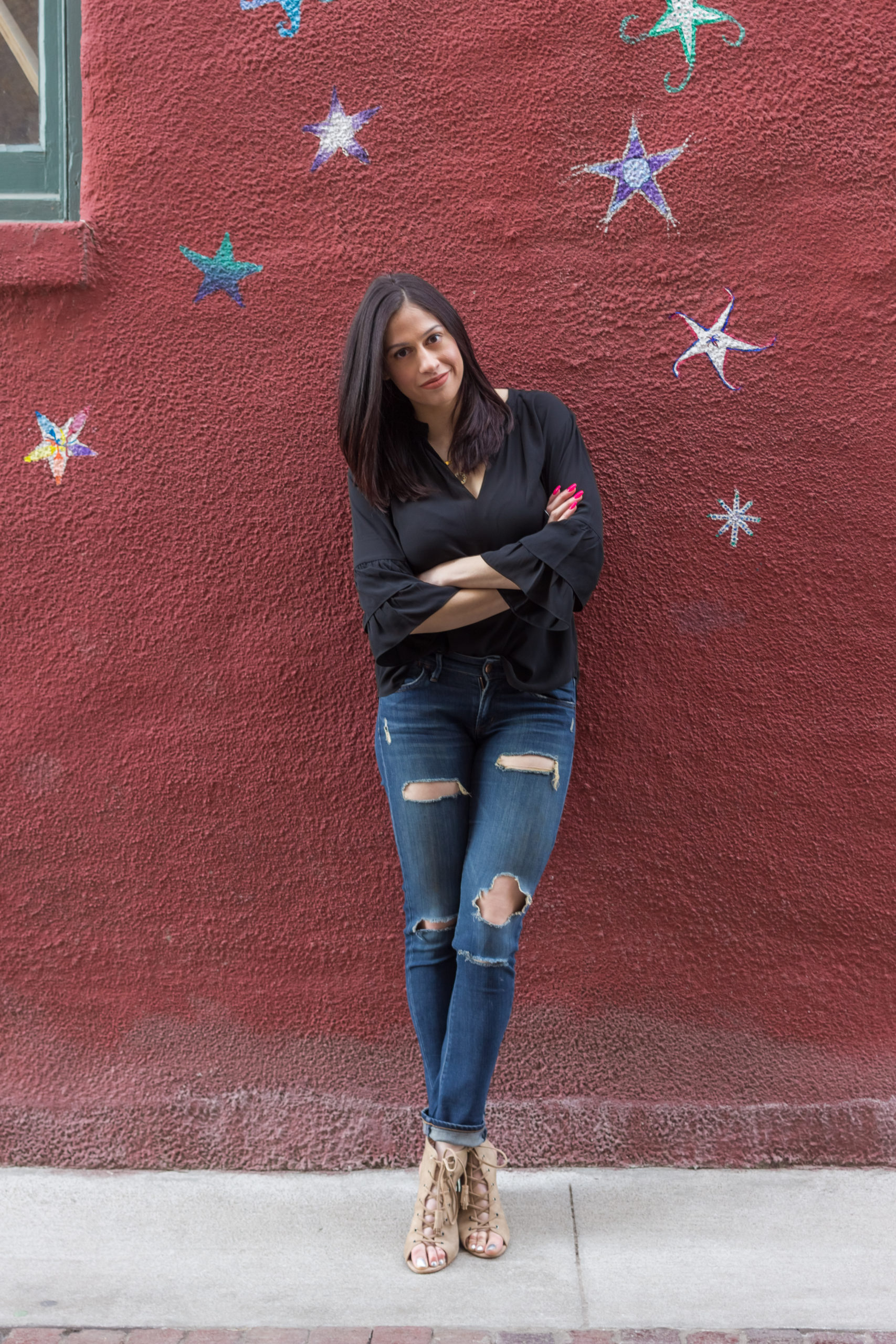 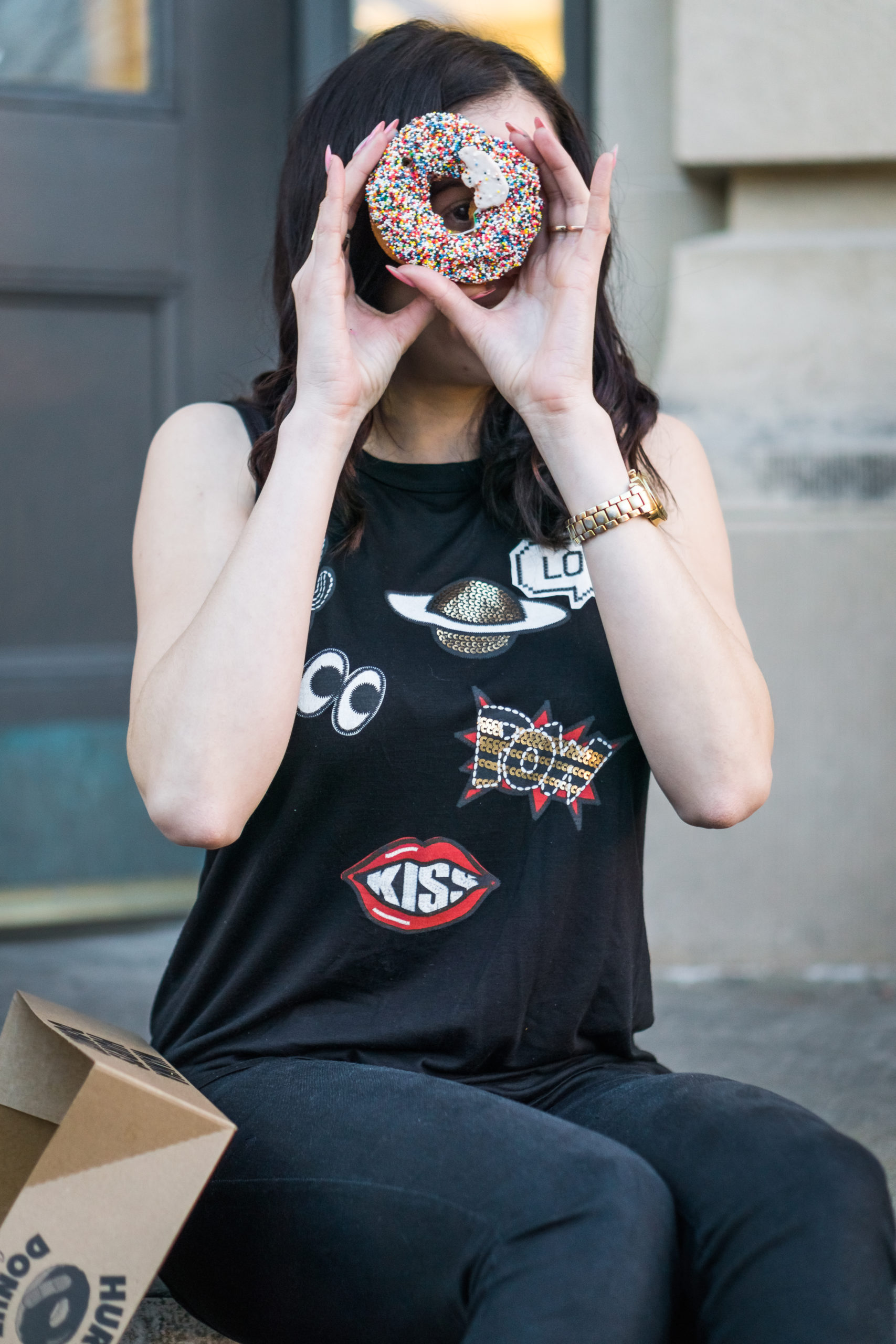 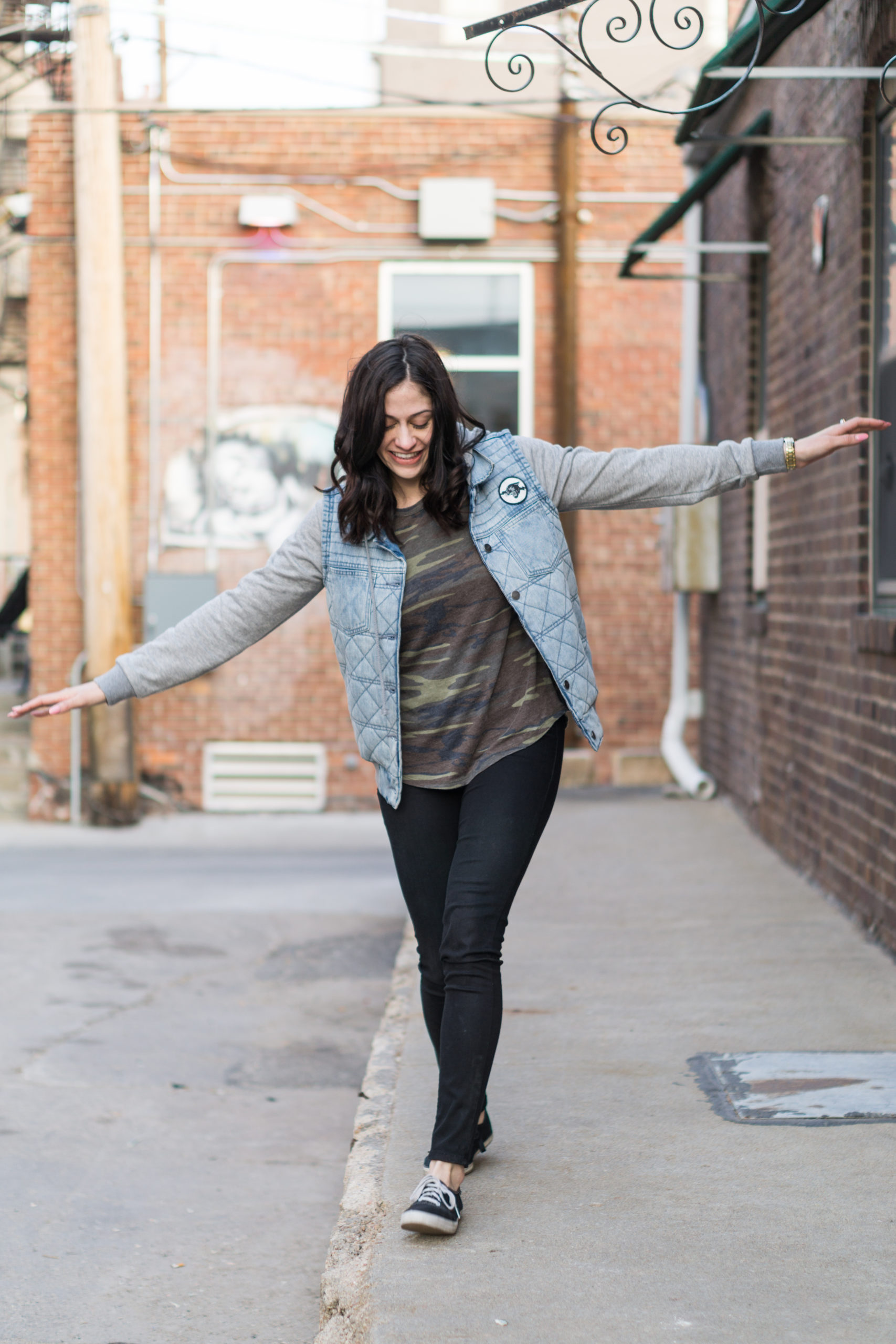 If I was LUCKY, maybe I could squeeze in one of those things a week. I’m not on that level and I’d take a bet, most of you reading this, aren’t either. But I do know — if I could go back in time and talk to my 20-year old self, this is the advice I would give.

5. Be responsible for what you’re a part of. When you forget something or you’re not completely accurate about something, own UP to. People respect those who can admit their mistakes and even more, when that person learns from the mistake. So, if you overbook a meeting, forget to send a timely email or accidentally lose a cat on live television (yes I totally did that) apologize, take responsibility and move on.

4. Don’t be a negative Nancy.
Who do you know that wants to work with someone always bitching and complaining about their job responsibilities, or worse their personal life? We all complain about things that happen at work to colleagues and friends around us and that is totally okay. But if you’re spending more than 15 percent of your day complaining, start thinking about what job will ACTUALLY make you happy. When you’re positive at work, you bring light to others around you who in turn, act positively back.

3. Say “yes” and roll with the punches.
There will be times when you’re asked to stay later, come in earlier or move four set pieces before a show and you should always be a team player so suck it up and help get what has to be done, DONE. If you can learn to do the little things really well, you’ll be successful when you move on to the bigger tasks. When you’re flexible in the workplace and willing to do whatever it takes, guess what? Your boss will end up thinking you can handle the bigger tasks that require much more responsibility.

2. Don’t be a doormat though…
I talk to so many people who tell me they really want a promotion or a raise at the job they’re currently at and they are deathly scared of asking for it. Some of my friends get pushed around by their boss because they won’t stick up for themselves. Are you staying 2 hours later at work every day while your colleague in the same position, earning the same pay, leaves early? How did you end up with more on your plate than that person? You should always be flexible and ready to help when the situation arises, but there is a fine line between being helpful and getting taken advantage of. I’ve seen far too many people have the latter happen to them and it’s usually because they didn’t stick up for themselves and their boss knows they’ll do more work without THEM ASKING for ANYTHING in return. While every career path is different, only YOU know when you’re getting the short end of the stick. Don’t be afraid to say something when the time is right.

1. Work hard.
The number one way to be successful is easy to say but harder to do.
You have to be disciplined about consistently working hard every single day. You have to treat each day as an opportunity to create a better you than the day before. And the way you do that, is setting goals, achieving them and then setting new ones. When I was serious about getting better on TV, I would spend an extra hour of my day watching my segment from that day and critiquing myself. While the career goal has changed, I still have to do the same thing. Now that I’m at a competitive agency, I try to spend about 30 minutes a night reading about some of the changing trends in digital marketing.

Bottom line: if you don’t push yourself to do as much as you possibly can every single day, you’ll always be passed up by someone else who will DO THAT and MORE.

I’m always ready for my next great adventure. If you want to get in touch with me, hit me up! 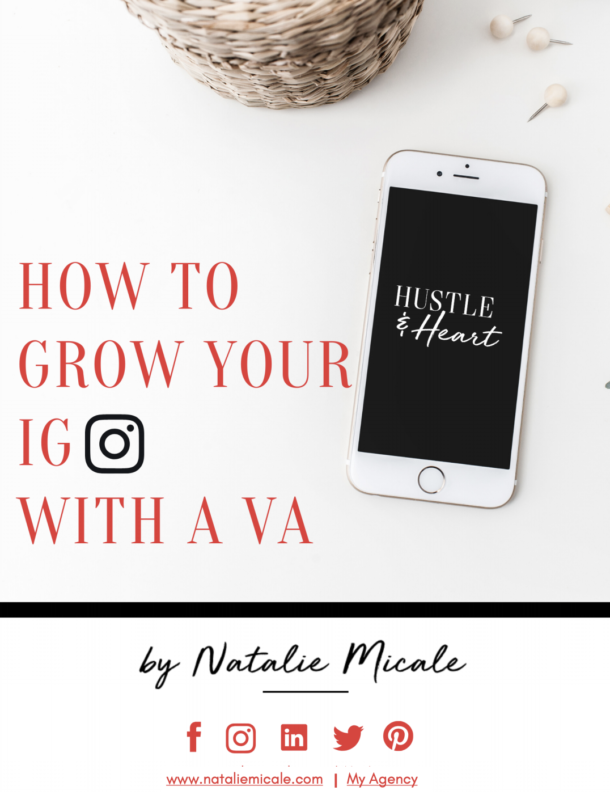 Thank you for downloading my free guide!